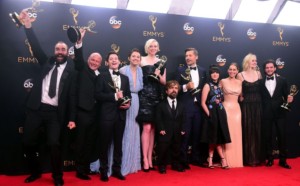 The Emmys closed out last night with many deserving winners in their categories. We’d like to give a special shout out to our clients who produced Game of Thrones, who made history by collecting more awards than any primetime tv show. They received 3 Emmys on Sunday night for Drama Series, Writing for a Drama Series as well as Directing for a Drama series. Game of Thrones has already collected 12 Emmys this year out of a total of 23 total nominations and We are sure more are in store for them! Congrats guys!

The 25th annual MTV Movie Awards aired last night, giving Leonardo DiCaprio yet another ‘Best Actor’ nod for his role in The Revenant. The MTV Movie Awards was a client of ours this year, and we could not be more proud of this spectacular pop culture event!

For us, another exciting part of any award show is seeing our former clients shine in new projects. This year Adam Driver won “Best Villain” for his work in Star Wars: The Force Awakens; he previously appeared in Midnight Special, directed by Jeff Nichols, which was edited here in our facilities. Similarly, Ryan Reynolds picked up the “Best Comedic Performance” award for his stellar work in Deadpool, and this weekend you can catch him acting alongside Kevin Costner in Criminal, which was edited here at The Post Group Production Suites!

In case you missed last night’s show, here is the complete list of winners:

Movie of the Year: Star Wars: The Force Awakens

The award show also honored Will Smith with the Generation Award and Melissa McCarthy with the Comedic Genius Award.

Congratulations to everyone involved in the 25th annual MTV Movie Awards!

We are so excited about the upcoming release of Criminal, a thrilling crime story directed by Ariel Vromen. This film was edited here at The Post Group Production Suites using Runway Post systems. We are very proud of their whole team and we cannot wait for this project to be released on April 15th! 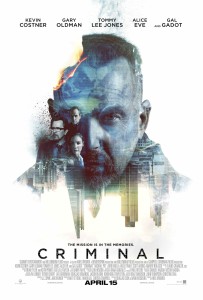 Criminal stars Kevin Costner, Gary Oldman, Tommy Lee Jones and Ryan Reynolds, to name a few. Through its excellent editing and unique style, this thrilling and mysterious movie will definitely keep you on the edge of your seat. Watch the trailer and make sure to see Criminal in theaters this April!

The Groundlings is one of the oldest and most beloved improvisation and sketch comedy theaters in Los Angeles. Their list of alumni (Will Ferrell, Kristen Wiig, Melissa McCarthy, etc.) is beyond impressive, and their permanent legacy in comedy cannot be denied. Tomorrow night, they are hosting a special show for Comedy Central’s new hit series Idiotsitter!

Idiotsitter was one of our clients here at The Post Group Production Suites. Their amazing team edited the show at our facilities and our affiliate company, Runway, helped with graphics and visual effects. We loved having them as our client, and that is exactly why announcing this event at The Groundlings brings us such joy. Jillian Bell and Charlotte Newhouse, the hilarious stars of the new series, will be performing at the event, which will be moderated by Groundlings alumni Michael Hitchcock. They will be sharing an all new episode with the audience, so don’t miss this! Tickets are on sale now – it will be the best ten bucks you spend today!

Plus, be sure to watch new episodes of Idiotsitter on Comedy Central every Thursday!

Thanks for stopping by! The Post Group Production Suites is thrilled to unveil our new and improved website. Please take your time and explore all the various spaces and amenities that we have to offer right here in the heart of Hollywood, California.

We’ll be posting here on our blog to keep you up to date on what’s happening at the The Post Group Production Suites and when to watch for projects that have been edited, produced, or written here. With over 250 suites, there’s always something new!